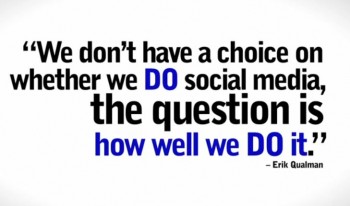 It’s staggering to think that, as recently as twenty-five years ago, people actually managed to function in their daily lives without cell phones. Most homes didn’t have personal computers, and beyond the military and a few science fiction writers, most people didn’t have the reference points to even conceive of the Internet. But now we’re plugged in and many of us feel disoriented on those rare occasions we forget our cell phones on our way out the door.

Technology has completely transformed the way we connect with others, and in this new digital age, social media is where we forge our personal connections. As dance artists, you probably think of your social media life as something separate from your burgeoning dance career; however, social media provides opportunities to make local, national and even international connections beyond the people in your pre-existing circle. With a little time and effort, you can become a fully engaged member of a global dance community: engaging in dialogue, liaising with presenters and other dancers located all over the world, and keeping up to date on trends and new work being performed in cities big and small.

In order to make sustaining personal connections utilizing social media, you must first consider how you present yourself in the social media sphere. Your online identity is an extension of your physical self. Who you are online is not separate from who you are as an artist. You are dancers online and offline. You are members of an online dance community as well as this offline one. The Internet is everywhere and touches everyone; the online dance community is vast. A few keystrokes and you’re transported around the globe. How we present ourselves online matters. It matters to the kind of career we’ll have, and contributes to how people outside of our community—our friends and family and acquaintances—view dance, which, in a time when it can be difficult to secure funding for our work, is of the utmost importance.

Where to begin? Before you do anything at all—send out any Facebook invites, follow anyone new on Twitter, register your blog—evaluate how you’ve used social media to date. Get rid of anything you wouldn’t want a professional contact to see (be it your Farmville flock or exuberant party pictures). As in real life, first impressions are hard to shake, so put your best foot forward.

You’re going to have to do some work to make connections, because there isn’t an entity you can log into called the Online Dance Community. What exists are millions of dancers, companies, and presenters using social media to forge connections and build a supportive network of dance professionals. I’ll help you get started: here’s a list of nearly ninety industry Twitter handles that might be of interest to you, including Canadian dance companies, presenters, dance writers, and friends of dance.

As a communications professional working in the arts community, I’m Facebook and Twitter friends with dozens of artists. I’ve examined the ways that they use social media, and what kind of impact their online behaviour might have on their careers and the communities of which they’re a part. I think most of my friends can be slotted into the following four characterizations: the Lurker, the Aggressor, the TMI Poster, and the Good Citizen. 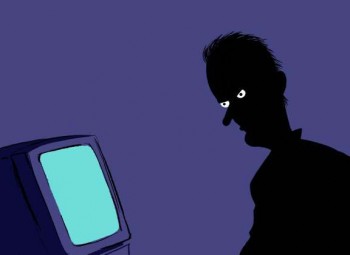 THE LURKER. They have a Twitter account and a Facebook profile. They’re a fan of several local dance companies, independent dance artists, and venues. They read reviews from London, Toronto, Montreal, New York, and Vienna, follow discussions, bookmark blogs, but never participate or repost information. They’re called “the lurker” because they do just that: they lurk, silently, and take in information without anyone ever knowing they’re there. Most of us enter new situations in just this manner, but we become more courageous and we move past this point. The lurker never does, and they should! The impact of their silent behaviour is next to nothing. By reading and following discussions, they’re absorbing knowledge—but they’re not making connections, and they’re not making an impact in their community.

THE AGGRESSOR. Even though they might be quiet in real life, their online presence is larger-than-life: their posts are almost always negative (complaining about critics, funding, ticket sales, even other artists). They thrive on controversy and debate, and if you don’t agree with their point of view—and you make the mistake of saying so—you’re a prime target for one of their bullying rants. The impact of such behaviour is monumental. Their bad attitude causes strife within the community and can be off-putting to people who are on the outside of the art form. It might even cost them jobs from employers who won’t want to work with them because of their sour postings. 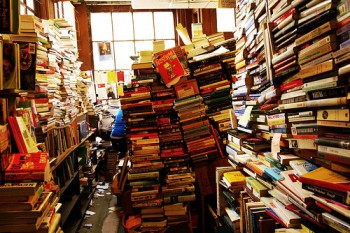 THE TMI POSTER. They have thousands of Facebook friends and follow thousands more on Twitter. And they post—a lot. All the time, it seems. You wonder when they have time for anything else in their lives because they seem to be on Facebook and Twitter all the time, clogging up your feed with articles, shares, news, and photos—so much content, in fact, that you end up unsubscribing from their updates or unfollowing them altogether. They might think that they’re the perfect social media user, and they’d be wrong to think that. They post so much that what they say—even when it’s important—is ultimately lost.

THE GOOD CITIZEN. The Good Citizen re-tweets dance reviews and shares event pages. They blog about their rehearsals and the shows they attend. They identify injustice when they see it (whether in a Facebook note, a tweet, or in the online comments section of an inflammatory media article) and engage in meaningful debate on matters of interest to their community. They’re the first to offer congratulations when something happens to one of their friends—and support when something goes wrong. The impact of good social media citizenship is huge. Much of what we do in this art form requires collaboration—from choreography to producing a performance to putting bums in seats—and collaboration requires effort, generosity of spirit, and mutual respect. The Good Citizen embodies all of this. It’s an ideal, but it’s not an impossible ideal.

Your online behaviour is a projection of who you are. With everything you post on Twitter and Facebook, with every online interaction, you’ve got to ask yourself: how will this be perceived? Does it reflect who I am as an artist? Does it insult others, or disparage the art form as a whole? Here are some netiquette tips and food for thought.

Social media won’t make you a better dancer, but it can make you a savvier one. You can make a habit of reading reviews for performances taking place all over the world, keeping up to date on trends in the dance world, watching videos and interviews with dance artists and choreographers, and following and liking the companies you’d like to work with and for, and the cities and stages around the world where you’d love to perform some day.

The social networking you do to further your career, contribute to your community, and advocate for your art form is only one aspect of your life as an artist. It can’t and shouldn’t consume all your energy. It should never be more important than your human relationships and your art.

You can stay away from social media and have a career as a professional dancer. But with so much of our lives now spent online—Canadians’ Internet usage is nearly double the global average—it’s increasingly challenging to do so, especially when you’re first starting out. And it’s challenging to bring an audience to performances, or create interest in our work, without an online presence

If you don’t have a presence on social media, you’re invisible in that online world. It’s up to you to evaluate the consequences of that invisibility. You deserve the opportunity to be seen and heard.

This blog post has been adapted from a lecture entitled “Social Media for Community Building: Expanding your social media skills to build your community and advocate for it” that Sabrina Furminger presented as part of the 2012 edition of On The Move.